I’m writing now; that it is totally finished with my so called “boyfriend” who I was engaged also. I left the big diamond ring 💍 for him; as well as most of the clothes he has been buying to me etc. I have struggled with him for the past 4-years and NOW it’s OVER!!!!! I will not listen and tolerate a man who hits and beats a woman; who is putting God down and beying blasphemy and I heard today; that his voice and eyes changed; and the demons started to talk through him!!!!! 😭 He said; that “it’s great that Hitler murdered all the jews and Stalin did even better work” and the demons were talking through him; that Jesus got what he deserved when he was crusified!!!! I started to speak in tongues back to him and he became outraged.

He pulled me to the floor; started to hit me as hard as he could and he was strangling me. I got out from his hands; and I called the cops. When they came; he was lying as much as he could; and then he was trying to get my English Bulldog Bruno for himself!!!! 😢 The police couldn’t arrest him; cause there were not enough marks in my skin. So I packed my things and took my fur babies with me; and I got a beautiful hotel room: THANK YOU GOD!!!! 🙏🙏🙏 I’m getting a straining order against him; and anyways I want to move away from Finland again. God never wanted me to be with him; He was trying to show things that “LEAVE.” I pulled the Holy Anointed Oil over him and the demons were screaming!!!

I’m safe now in a hotelroom; and I will have some place to stay for few weeks before I leave whole Finland. GOD is on my side; so who can be against me? I’m crying all the time; but I really don’t deserve these kind of narsistic and possessed men to my life anymore! I really, and truly; just would love to find my soulmate sent by God and NOT sent by the devil! I can’t believe what’s happening in this world!!!!! I’m not just some new pretty blond woman; I’m intelligent and very sensitive 😢✨✨✨ Please I’m asking your prayers! -Johanna (which means “God is Merciful”) 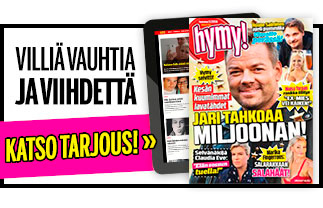 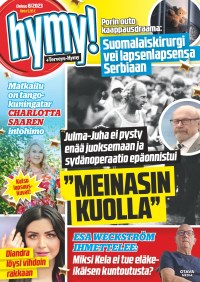